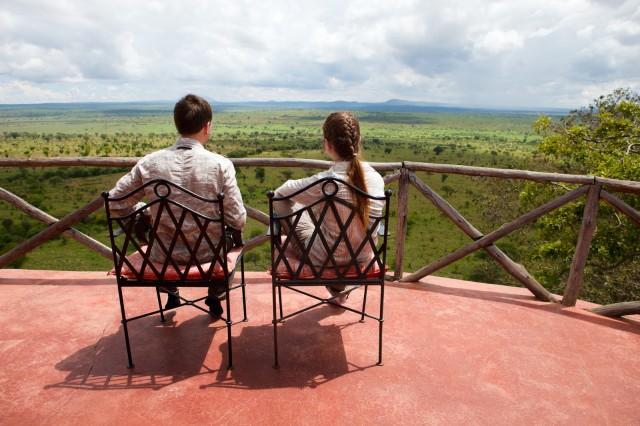 “Isn’t it interesting” is a technique that can take us away from our automatic reaction and take us to the balcony to observe and reflect upon our response.

My mentor Jane Magruder Watkins has an expression that I always share with my clients, it is: “isn’t that interesting“.  I worked with one client for three years and in his PhD dissertation on How to Build a Strength Based Organization, he commented: “Maureen McKenna repeatedly made the observation, Isn’t that interesting! as a simple technique to suspend judgement and consider more deeply what was being said.”

Jane worked with the Dalia Lama and his community for more than a decade and this was something that he had taught her to do when she found herself having an emotional response to a situation.

Here is a suggestion on how you might use this technique in that space between stimulus and response that can help shift from an automatic response to a mindful response.

“Between stimulus and response there is a space. In that space is our power to choose our response. In our response lies our growth and our freedom.” ~~Viktor Frankl

At Innovation Works we work with our clients to help them create a healthy work climate using an Appreciative Mindset, in a Mindful Way.  The “isn’t it interesting‘ statement is a useful technique to help myself and others tap into a mindful state when we are experiencing some kind of stressor.  When we find ourselves being stressed, we trigger the ancient emotional centres of our brain called the amygdala.  This triggers what is often called the fight, flight, or freeze response.  This response happens when we perceive a threat and to prepare us for this our brain floods the body with stress hormones to help us prepare to deal with the emergency.  It prepares both the physical body for the fight or flee and it also impacts the cognitive, limiting our access to the pre-frontal cortex – the executive brain function. It changes how our mind functions.  In an interview with tricycle, Daniel Goleman describes it as:

“Attention tends to fixate on the thing that is bothering us, that’s stressing us, that we’re worried about, that’s upsetting, frustrating, or angering us. That means that we don’t have as much attentional capacity left for whatever it is we’re supposed to be doing or want to be doing. In addition, our memory reshuffles its hierarchy so that what’s most relevant to the perceived threat is what comes to mind most easily—and what’s deemed irrelevant is harder to bring to mind. That, again, makes it more difficult to get things done than we might want. Plus, we tend to fall back on over-learned responses, which are responses learned early in life—which can lead us to do or say things that we regret later. It is important to understand that the impulses that come to us when we’re under stress—particularly if we get hijacked by it—are likely to lead us astray.

It’s extremely important to widen the gap between impulse and action; and that’s exactly what mindfulness does. This is one of the big advantages of mindfulness practice: it gives us a moment or two, hopefully, where we can change our relationship to our experience, not be caught in it and swept away by impulse, but rather to see that there’s an opportunity here to make a different, better choice. I think that understanding the basic neural mechanisms involved is an aid to mindfulness because it tells us we don’t have to get swept away.”

The “isn’t that interesting” reflective practice, allows us to move away from the negative emotional energy and by moving to the ‘balcony’ we can tap into human skills sets that help us to:

The next time you find yourself having a negative emotional response, expand the moment between stimulus and response by asking (internally or externally) – “isn’t that interesting” – what is happening within me both physically and emotionally?

HBR article on Calming the Brain

She is a learning partner, facilitator and speaker. Maureen is a founding partner of Innovation Works - www.innovationworks.ca. Follow her on TWITTER: @momckenna and on LINKEDIN: www.linkedin.com/in/maureenmckenna or EMAIL: mckenna.maureen1@gmail.com
View all posts by Maureen (Mo) McKenna →
This entry was posted in Uncategorized. Bookmark the permalink.